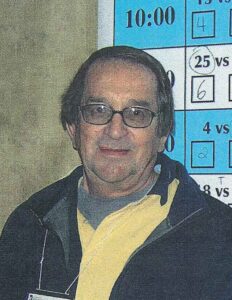 Don G. Jager of Calgary passed away suddenly on Saturday, December 21, 2019 at 75 years of age. Don was the youngest of three boys born to parents Jack and Pearl Jager of Hanna, Alberta. Don is survived by his loving wife of 40 years Janet, and his brother Bill (Astrid) of Hanna, as well as nieces and nephews. Don commenced and ended his professional career as a geophysical technician. Don’s love of life was curling, a love that he pursued 6 days a week. Don’s other love was raising cattle on his small farm. He followed his favourite teams, the Edmonton Eskimo’s and Oiler’s with a passion. A Memorial Service will be held at Pierson’s Funeral Service (4121 17 Ave SE, Calgary) on Tuesday, January 7, 2020 at 2:00 pm. Don will be laid to rest in the Hanna Cemetery in April. Memorial Donations may be made to STARS Air Ambulance.