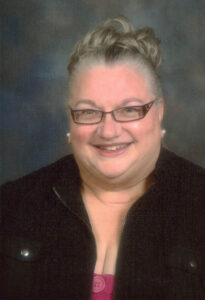 Diane Seaward passed away on Tuesday, June 9, 2015 at the age of 66 years. She will be lovingly remembered by her son Bruce Seaward; sisters Iris-Dawn (John) Naylor, Gwen (Doug) Zimmer and Fern (Graham) Kerslake; nieces and nephews, Allan, Melanie (Jesse), Jordan (Heather), Katrina (Matthew), Kirstin, Matthew (Michelle), Andrew and Travis. She was predeceased by her parents William & Joyce Robertson and dear friend Larry Spence. Diane was born and raised in Saskatoon, SK. She graduated from Mount Royal Collegiate there and in 1966 the family moved to Calgary. In Calgary, Diane attended Business college which led to her long career in the legal system first as a legal secretary, then a court recorder and finally a judicial assistant. Throughout Diane’s life she had a passion for music, especially Scottish music and worked with a number of pipe bands. She was a member of the Saskatoon Bonnie Bluebells and then the Calgary Scottish Pipe Band. She then taught drumming for the North Hill Lions Pipe Band and the Glengarry Highlanders and was finally a member of the Blackthorn Pipe Band. Diane also did a lot of work with the Royal Canadian Legion – #275 – Forest Lawn Branch. She will always be remembered by her family as a loving mother, sister, aunt and cousin. She will be missed and fondly remembered by longtime friends Terry Luce, Carol Hiltz, and Joyce Sudsbury as well as Ross Seaward and the extended Seaward family. The family would like to express their gratitude to all of the staff on Unit 78 of the South Health Campus for their kind and compassionate care. A Visitation will be held for Diane at Pierson’s Forest Lawn Chapel (4121 – 17 Avenue SE, Calgary) on Monday, June 15, 2015 from 6:00 – 8:00 p.m. A Funeral Service will then be held at the same location on Tuesday, June 16, 2015 at 1:00 pm. If friends so desire, donations may be made to either the Kidney Foundation of Canada (www.kidney.ca) or the Canadian Diabetes Association (www.diabetes.ca). Messages of condolence may be forwarded to the family at www.piersons.ca.