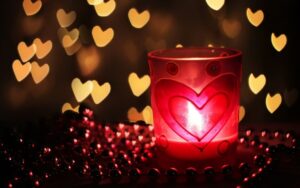 It is with incredibly heavy hearts that the family of Diane Keats announce her passing on Monday, December 10, 2018 at the age of 57 years. Diane is survived by her brother Bill (Gen) of Alberta; her sisters Marilyn (Ross) Knowles of Nova Scotia, Donna (Doug) McCullough, and Debbie, both of Newfoundland; as well as several nieces, nephews, great nieces and great nephews. Diane is predeceased by her father Douglas Bruce Keats and her mother Mary Keats (nee Rogers).

Diane graduated with a Bachelor’s of Commerce from Memorial University of Newfoundland and had a successful career here in Calgary as an accountant. Although a private and dare I say stubborn person, Diane had a heart of gold; she was always there for anyone in need. She had a love for sports, always supporting her Calgary Flames and her Brad Gushue curling team. Diane also had a love of singing and although her voice was not quite that of an angel, she sang as though it were. Her laugh was contagious and her presence was always felt. Diane was an incredible person who touched the lives of many and will be greatly missed by all those who had the pleasure of knowing her.

A celebration of Diane’s life will be held at 192 Panatella Close N.W. Calgary on Sunday, December 16, 2018 at 1:00 pm. Donations can be made in Diane’s name to a charity of one’s choice.