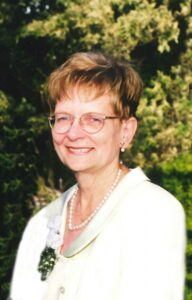 Diana Taylor – A celebration of life

On Sunday, July 7th, 1935, in the little town of MacGregor, Manitoba, Hazel and Hal Lye stayed at home to deliver their 3rd child, Diana Elmhirst Taylor. Her two oldest siblings, Ron and Phyllis were anxiously awaiting the arrival of their baby sister. Her youngest sister, Jackie, was born 9 years later to complete their Lye clan. Growing up she was a Tomboy who loved playing cowboy, chasing gophers, and climbing trees. She used to enjoy the car rides when she was in the back of her fathers car as she would always be jumping around and not sitting still. In her teenage years, she was very pretty, quite popular with the boys, but also had a shy side. Even though she had a shy side, she had a passion for the performing arts and would come alive the moment she stepped onto the stage. She enjoyed acting, theatre, and she sang (exceptionally well) with the Winnipeg Philharmonic orchestra for a number of years. She continued singing with them as a young adult. She was a starlight, who quite easily could have made a career out of the stage. Diana married her soulmate and best friend, John Taylor on July 2, 1959 at St. Lukes Anglican Church in Winnipeg. Shortly after, they began their new family and had three children, Ken, Hugh John, and Margaret. Diana Taylor had a passion for life. She had a passion for helping people. This passion led her to obtain her Masters in social work at the University of Calgary. In 1968 the call of the west lured the family to Calgary. Diana accepted a job at the General Hospital as a social worker. Throughout Dianas life, she touched the lives of many people and developed a deep relationship with God and with her husband. In 1983, Diana met a young 13 year old girl named Serena Greenwood. Serena had a difficult family situation that Diana was helping Serena conquer. Over the years, when Serena became a legal adult, Diana and Serena verbally adopted each other. In 1991, Diana and John were her parents at her wedding. In 1994, while attending St. Lukes Anglican Church, John and Diana attended bible studies. In this class, they met Stanley and Yvette Branker. A couple years later, Stanley joined God in his kingdom. Diana and John opened their hearts and home to Yvette Branker and gave her a 2nd family to be a part of. Her love for performing arts continued on through dancing, as John and Diana enjoyed going to the Fairmont Palliser hotel Friday nights for dinner and dancing. It also worth mentioning, that Diana had a love for Golf in her adult years. She had a private membership to the prestigious Silver Springs Golf & Country Club. Once retired, living in Vulcan, she continued to golf with female friends at the Vulcan Golf & Country Club. Diana Elmhirst Taylor was a remarkable human being. She was a lady of class, courage, determination, who displayed kindness and concern for others – always. She taught her children to never leave a widow or orphan behind. To have not been given the opportunity to meet Diana was a pure injustice. There are no words to put together to really describe how extraordinary of a lady she was. She left her imprint on many peoples lives. Diana entered this mortal life on a Sunday. She also decided to leave this mortal earth, and join heavenly father on a Sunday. For on Sunday, September 9th, 2018, surrounded by family, she put on her dancing shoes, and danced her way through the pearly gates to be reunited with God and other loved ones who already joined Gods kingdom. Join us in celebrating her life, as Diana would want us to do. Diana would not want us to be sad that she has joined God in his kingdom, but rather happy that she had such a fulfilling and beautiful life shared with many people who loved her, and who she loved in return.