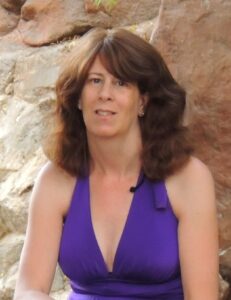 It is with incredibly heavy hearts that the family of Deborah Sereda announce her passing on Friday, April 10, 2020 at the age of 55 years.

Debbie is survived by her soulmate and husband Kevin; her adoring children Cheryl, Adam, Robyn (Zachary), and Trevor; her gorgeous grandchildren Alice and Elias; her siblings Richard, Dawn (Steve), Patty (Jim), Bev, Robert and Colin; her brother-in-laws and sister-in-laws Cynthia (Skip), David, Mark (Cyndi) and Todd (Carla); as well as her many nieces and nephews.

Debbie was predeceased by her parents Teddy and Eleanor Gill; her baby brother; and her sister-in-law Jane.

Debbieâ€™s stubborn, yet loving, caring and vibrant personality will be missed by all who knew and loved her. She made friends everywhere she went and will be remembered for her gentleness, grace, and kindness toward others. She had a natural way of looking out for others and their well-being, often before her own. She made people smile when in her presence.

She enjoyed life and was truly grateful and appreciative for all of those that crossed her path and completed her circle.

Debbie was a dedicated mother first and foremost to Cheryl Marie and Adam Gill. She was a loving daughter, sister, granddaughter, aunt, and niece. Debbieâ€™s husband and soulmate, Kevin was her knight in shining armour. They met in 1997, married in 2005 and thus expanded her role as a single mother of 2 into a wife and mother to 4 with Robyn (Zacahary) Larabee and Trevor Sereda. She treasured her family and children, embracing every moment with them. She especially loved her newer role as Ona to grandchildren Alice and Elias born in 2017 and 2019.

It was through a connection from her job as an engaging barista at Second Cup that she would begin a career in oil and gas in downtown Calgary. From a document scanner at Berkley Canada to a land administrator at CNRL, she loved her work and spoke fondly of those who encouraged and supported her along the way. (Thank you to Crystal, Jillian and all of her work family that were there for her during these happier times and the more recent challenging ones.)

An enthusiastic and curious traveler, she took every opportunity to venture out, exploring several places around the world. Debbie and Kevin would save their pennies and planned trips for months in advance which included Mexico, Las Vegas, the Grand Canyon, Puerto Rico and Boston, where she got to watch her favourite team, the â€œPatriotsâ€ play.

She enjoyed camping and nature – with her favorite place being Elkwood, Alberta. While camping she enjoyed hiking, biking and new places to push her fitness level to the next stage.

Debbie was a lover of fashion and enjoyed listening to a variety of eclectic music. When Debbie asked for help to gather personal items from her office shortly after her diagnosis, the thought was â€œHow much could there be?â€ While collecting several boxes including shoes, clothing and accessories it was soon recognised that her office had become a place for overflow storage of lunch hour shopping excursions for the stylish items she was waiting to incorporate into her closet.

Debbie was an avid sports enthusiast, season ticketholder to the Calgary Stampeders and a lifelong fan of the Calgary Flames, and her favourite New England Patriots. She loved a good hockey game and always rooted for her home team of Calgary, but also loved a good jab at those supporting the opposite team especially if they won!

It would be wrong for us to say that Debbie lost her battle with cancer because she never stopped fighting. No matter how sick she was, she was determined to get better. When anyone else would have given up, Debbie stayed strong. Through her, we know what resilience and perseverance truly are. There was no quit in Debbie, right up until the end she would still do her daily exercises, pushing herself for just one more day.

She was witty, outgoing and vibrant, but she was also introverted and introspective. She was a symbol of power, beauty and grace, she was fiercely loyal to her friends and family. Her smile, caring personality and presence in our lives will be profoundly missed.

When you think of Debbie, celebrate the memories you have of her. Remember that life is fragile and short and should be lived to the fullest. She was a rare combination of someone who had a love of life and a firm understanding of what was important – the simplicity of living a life with those you love.

A private family Funeral Service will be held for Deborah at Pierson’s Forest Lawn Chapel (4121 – 17 Avenue SE, Calgary) on Thursday, April 16, 2020. In lieu of flowers, the family kindly requests that donations be made in Debbieâ€™s name to the Canadian Cancer Society (https://www.cancer.ca/en/donate/?region=ab&s_srx=cancer.ca-navbar-en)