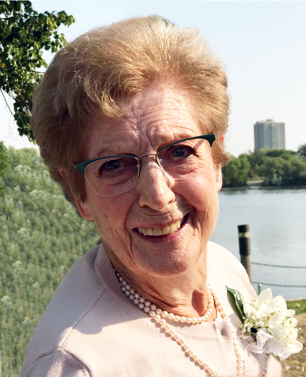 Davis Colden Neave passed away on Sunday, November 5, 2017 at the age of 79 after his fight with cancer ceased.

He is deeply missed by his three children: Paul Neave (Ingrid Geppert) of Calgary, AB; Doug Neave of Abu Dhabi, UAE; and Christine Neave of Calgary, AB. Davis is also survived by four grandchildren: Christopher Neave and Louise Neave, both of Calgary, AB; and Robert Nightingale and Kayla Nightingale, both of Winnipeg, MB. He is mourned by his sister Anne O’Shaughnessy (Ross Hood) of New Westminster, BC, and many friends.

Davis spent his formative years on Vancouver Island, and he always retained a deep fondness for the West Coast. He was born in Victoria, BC, and attended Nanaimo Senior High School. He went on to complete his Bachelor of Arts degree with a dual major in English and History at the University of Victoria, and his love of literature and history became lifelong passions.

While finishing a Master of Social Work at the University of British Columbia, Davis was employed as a Caseworker and Researcher for the British Columbia Department of Welfare. Being directly involved in social issues in the community was one of the most meaningful times in his life. He and his young family left BC to come to Calgary, where he worked as a Research Social Planner for the City of Calgary for many years.

His work helped to both identify social needs and problems, as well as devise solutions to those issues. Davis went on to work in various roles as a consultant and analyst with the City of Calgary, culminating with his final position as Manager of Statistical Services with the Corporate Resources Department.

The arresting beauty of the Southern Alberta landscape came to resonate deeply with Davis, and he became an avid hiker. One of his favourite outings was to jump in the car and head west to the mountains, often while listening to Blue Rodeo, K.D. Lang, or the words of Leonard Cohen on the stereo. His favourite parks in the city were Bowness Park and Inglewood Bird Sanctuary.

Davis had a strong creative instinct, and he expressed this through his writing. His short stories have been published in FreeFall magazine. Like a lot of good writing, his prose started with the panorama of day-to-day reality and honed in to find the extraordinary in the ordinary. His work was both subtle and powerful: a direct reflection of his keen mind coupled with his writer’s soul.

At his core, Davis loved people and animals. He had a strong affection for birdlife, and one of his closest long-time companions was a lovebird named Monty. He was a long-term benefactor of many charities and it was important to him to contribute to make life on this planet better for all species. By the same turn he had a sharp wit, dry sense of humour, and strong opinions: all of which made him an engaging conversationalist and debater of the issues of the day. He was a man of compassion and gentleness; he was someone who would do his best to support anyone in need of help. Sola proba quae honesta: those things only are good which are honourable.

The family wishes to thank the staff and volunteers at the Tom Baker Cancer Centre, the Intensive Palliative Care Unit of the Foothills Hospital, and the Rosedale Hospice for their excellent care and support of Davis.

A Celebration of Life gathering will be announced at a later date. If friends desire, memorial donations may be made to The World Parrot Trust at https://www.parrots.org