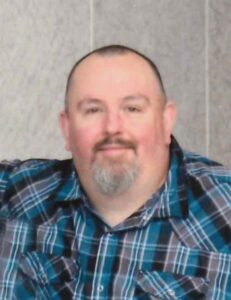 It is with deep sadness that we announce the passing of David Philip MacDonald on Monday July 27, 2020.

Dave was born in Toronto on June 26, 1973, shortly thereafter moving with his family to Calgary where he lived out the rest of his life with his loving wife and best friend April.

Dave was a â€œone of a kindâ€ guy who truly was the sweetest man right down to his core. He would be there for anything you needed and genuinely felt otherâ€™s pain and always lending an ear to listen. He believed strongly in second chances, even third & fourth ones. He was a humble man, who never needed the finer things in life to make him happy. He loved to just relax with April and tell her stories about the good old days.

Daveâ€™s passion for carpentry was incredible. Throughout the years, he made numerous gifts for April, sharing lots of great stories about the amazing houses and celebrities he had met, while working as a journeyman carpenter. His specialty was circular stairs. He was a wizard with any tool and had an impeccable attention to detail while always being able to envision the outcome.

Dave and April met later in life but it was an instant spark. They enjoyed watching movies on date night, taking in a concert or a sporting event. They had two cats who were spoiled rotten. He came home with both of them as surprises for April. He would have said he was a dog person, but he loved their cuddles more then he would admit.

Dave’s favorite vacation was at the beach, more in particular, in the water where he could spend his entire day. One would think he was part fish! He was a lover of music where every road trip included a game of name that tune.

Anyone who knew Dave, knew his love for sports. As a child, he played on various teams, from football, hockey and lacrosse to name a few. His nickname was Moose which carried through to adulthood. His love of playing spilled over into watching and following sports. You could talk to him about any team, player trade or stats and he knew the details.

Dave is survived by his wife April, mother Evelyn; father Steve; brother Jeff (Allison) and their 3 girls Kaylan, Kiera and Carys. His father- in- law Rod; mother -in- law Michele (Lyndon); brother -in -law Landon (Kristine) and their children, Aree and Axetin.

Dave is predeceased by his twin boys Tegyn Levi and Rylyn Kruz. The love Dave had for his sons was more then anyone could ask for. While the boys were only with us a short time, we know that Dave is now with them, holding their hands, hugging them and telling them just how much they are loved.

We love you Dave and are so proud to have been part of your life, even though our time with you was way too short. Thank you for being a wonderful husband, son, brother and friend.