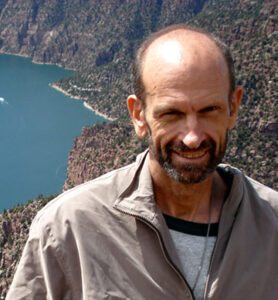 ARMSTRONG – DAVID DUNCAN August 4, 1951 – May 28, 2013 David Duncan Armstrong passed away peacefully on May 28, 2013 at the age of 61 years. He is survived by his brother Drew and his family, and his sister Mary Dawn Armstrong. He was predeceased by his father John (Jack) Archibald Armstrong; his mother June Armstrong (nee Keith); his sister Dianna; and his brother John and Douglas. David earned a degree in Economics with a minor in Political Science from Queen’s University. David was the Policy Advisor to the Minister of National Health & Welfare in the Government of Joe Clark and then became the Chief of Staff to the Minister. After the defeat of the Government, David was a Policy Advisor to the Leader of the Opposition. David joined Imperial Oil on January 2, 1982 – 3 days after his father retired from the company as Chief Executive Officer on December 31, 1981. David was a faithful member of the Church of Jesus Christ of Latter-day Saints. He loved to teach the restored gospel of Jesus Christ to all age groups. He also loved to support the missionaries and the missionary work of the Church. David started the John Campbell Armstrong Educational Foundation many years ago, which will continue to provide scholarships to high school graduates who want to obtain a university education. David worked for Suncor from 2006 to 2012 when he joined Enbridge. He worked on pipeline initiatives until his illness made him incapable of continuing – although his passion for the industry continued until his passing. A service will be held in David’s honour on Saturday, June 8 at 11:00 a.m. at The Church of Jesus Christ of Latter-day Saints Heritage Chapel, 935 Heritage Drive SW, Calgary. If friends desire, memorial tributes may be made to the Kidney Foundation, 6007 – 1A Street SW, Calgary, AB T2H 0G5 or the Alberta Cancer Foundation, Tom Baker Cancer Centre, 1331 – 29 Street NW Calgary, AB T2N 4N2. Messages of condolence may be forwarded to the family at www.piersons.ca