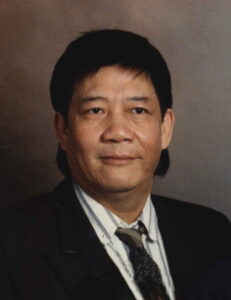 It is with sorrow that we announce the passing of David Bao Sang Chan on January 16, 2021 following a brief illness. He passed away peacefully at the Foothills Medical Centre with loved ones by his side. David was born in Vietnam and escaped with great peril in 1979 with his family, where he settled in Canada as a refugee. The early years in Canada were a struggle but he worked hard to provide for his family. He was an automotive mechanic and enjoyed tinkering with vehicles until his retirement. David was predeceased by his parents and two older sisters. He is survived by his four children Linda (Liem), Jane (Steven), Brian, and Melissa; his grandchildren Sophia, Nathan, Emma, Grace and Owen; and one older sister. He is also survived by his former wife as well as current partner. He will be fondly remembered and missed by his dear friends and large extended family in Calgary, Australia and Vietnam. David will be remembered for his sense of humour, strong sense of duty, and devotion to family. Funeral services will be held at Piersonâ€™s Funeral Services on January 20, 2021 with graveside service at Queenâ€™s Park cemetery the next day. If friends so desire, donations may be made to Meningitis Canada at meningitis.ca.