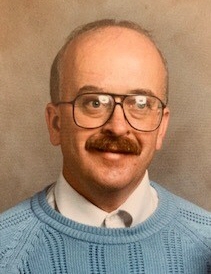 Darvyn (Darv) (Dad) Chimera passed away peacefully with his family, and the love of all those who could not be present by his side, on November 16, 2020. He was a loving father, grandfather, brother, uncle, son and world class swearer. Dad was born May 30th, 1952 in Edmonton, Alberta to John and Caroline Chimera. Growing up on a farm near Calmar Alberta, he was the youngest of four siblings. Early on it was apparent that Darv was a force to be reckoned with. The life of growing up on the farm instilled the hard work ethic and strength that took him forward in life. After graduating high school, he enrolled himself at NAIT, where he was educated in corrosion technology, and began to carve out the career path he would take in life. Dad briefly worked in Edmonton, before being hired by Hudsonâ€™s Bay Oil and gas which took him to Calgary. There, he met his wife and our future mother, Evelyn Violini, and not long after they were married in Calgary. From there, Dad switched employers and went on to work For Petro-Canada Soon after, he welcomed the birth of his first-born son, Anthony (Tony) June 21, 1982 at the Grace Hospital, Calgary, Alberta. After a stint with Petro-Canada, he was hired by Dome Oil where his occupation took him and his family to Lloydminster, Alberta (not that derelict Saskatchewan side). Then came the birth of Dadâ€™s other son, Mario, May 17,1985, at the University of Alberta Hospital, Edmonton Alberta. A few years later, Mom and Dad divorced, and Dadâ€™s job took him back to Calgary. Dome was bought out by Amoco and then eventually taken over by BP. This prompted Dad to take his expertise in his field and start his own consulting company, PICM Ltd, which proved to be a worthy idea, as there always seemed to be a plethora of energy companies that needed his knowledge. Dad continued in his consulting career until his sickness and diagnosis forced it to an end in 2009.
Dad could easily make you laugh and was someone that, even if you had just met, he made you feel at ease. His main love in life was his family, and he always believed no matter what, family bonds need to be kept tight because, in the end, family is all you have. He always put us first and, no matter what, he was always there to support us. He rarely ever missed us playing soccer or football, and if we had a tournament you could count on him to take us. He also usually seemed to be the only parent that would regularly attend practices. We believe that there were two places that Dad felt right at home. The first was sitting on the sideline of the soccer pitch wearing his bucket hat and sunglasses while smoking a cigar (usually fragrant enough that you could recognise the smell from anywhere on the field). The second was being out on the farm where we would spend many weekends and summer holidays with just him and us (and Baba earlier on). Nothing else seemed to matter when we were out there: the calmness and velvety black beauty of the quiet nights, the days spent riding dirt bikes, shooting and exploring. We always got to rent a movie for the night and one for the morning, which was usually accompanied by eating a delicious Ukrainian supper at whichever auntie and uncleâ€™s house was hosting us that evening. He always was able to find peace out there and it would take him away from whatever struggles he had left behind. These are times we will never forget. Dadâ€™s other love in life was his truck. If he was not working, or with us you could usually find him at the carwash and, then four hours later, still find him at the carwash. We never left town without driving in a vehicle that looked brand new, as if it had just been taken from a car lot.

Dad was diagnosed with Parkinsonâ€™s disease in 2009. You often hear things like, â€œafter a hard-fought battle,â€ or, â€œlost the battle to, with regard to terminal diseases. We do not believe this was the case with Dad once he was diagnosed, he knew what it meant, and he faced it with the same conviction that he faced everything else in life. He knew that as long as the love of his family was present and surrounding him and us, then we would all be okay. His life from here on out became very difficult and painful as he began to be robbed of so many things, such as his career, basic motor functions, speech, his mobility and independence. Small tasks became monumental and Dad, at a far younger age than most, had to become reliant on others to take care of him. He moved from assisted living to hospital to nursing home. The last years of Dadâ€™s life were extremely hard for him. He found solace and joy in the visits with us, and especially after the birth of his first Grandson Silvio and then his second grandson Gino. His pride, pleasure and happiness were always evident whenever they were visiting him, and he loved to have them on display in front of the other members of the nursing home he lived in. Through all this distress and hardship, Dad never waivered. He did not complain and never showed the suffering he truly endured. His strength (as evident as it was when he was hauling around bails on the farm), was something that was truly amazing.
Dad is survived by his sons, Tony Chimera (Jamie Whittaker), and Mario Chimera (Desiree Chimera), his two grandsons Silvio and Gino Chimera. He is also survived by his brother, Cecil Chimera and sister, Lavinia Tennant (Bryon Oâ€™Reilly) and an abundance of nieces, nephews and cousins. He is predeceased by his mother and father, Caroline and John Chimera, his sister, Wasylia Sarnecki (Marion Sarnecki), his sister-in-law Angeline Chimera, his brother-in-law, Wayne Tennant, his niece, Shelley Tennant-Way, and nephew, Greg Tennant.

At Darvyn’s request there will be no formal funeral services held.