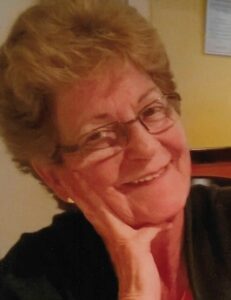 It is with profound sadness we announce the death of Darina Marie Downey (nee deVere), who passed away peacefully in the early morning hours of Wednesday, March 25th, 2020. Darina was born in Drogheda, Ireland on September 4th, 1951. She immigrated to Canada with her family when she was eight, only to return to Ireland when she was sixteen to pursue an education in nursing before ultimately settling in Calgary, Canada. There she met her husband William Downey, and was married on August 14th, 1981. She had a son, Christopher, two years later. She began her career as an RN before she returned to school in her thirties to complete her master’s degree, and then as an administrator for the Calgary Health Region she oversaw the city’s Home Care nurses. Finally, she rounded off her more than forty years in nursing as an educator specializing in geriatric care. Whether in her personal or professional life she always put people first, and while she was introverted by nature she always made her family, friends, colleagues and patients feel listened to and cared for. Her remarkable warmth, kindness, and selflessness left an indelible mark on everyone she met. In her free time she was a prolific reader and enjoyed traveling; she especially loved spending time near the ocean. Darina was preceded in death by her father, Norman, her mother, Maeve, her brother, Derick, and her aunt, Betty. She is survived by her husband, William, son, Christopher, and her sisters, Honor, Norma, and Susan and many nieces and nephews. Due to current events a memorial will be held at a later date.