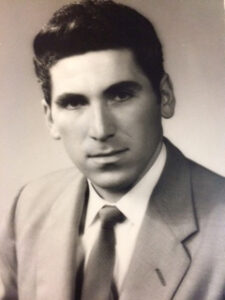 Danilo Milan Lah of Airdrie, passed away peacefully on Tuesday August 30, 2016 in his home with family by his side at the age of 84. Danilo is survived by his three children, Dan, Ruben, and Silvana; five grandchildren, Roman, Danielle, Quinton, Nathan, and Jordan; one great granddaughter, Christina, and one great grandson, Rowan. Danilo is predeceased by his wife Maria, daughter Angela, and son-in-law Richard, as well as his two grandchildren, Vincent and Riana. Danilo came from humble beginnings in Dornberk, Yugoslavia, where he fled to Canada in search of a new and better life. He worked hard to gain education and experience, becoming an accomplished tradesman which later led him to become a successful entrepreneur with his own business in the Structural Steel Industry and other enterprises. Danilo’s core values of honesty and integrity as well as his extraordinary ethic and capacity for work have been an unfailing example to his family and have helped him throughout life, garnering respect and love from family, friends and community. Later in life, Danilo’s growing faith motivated him to serve a 2 year mission with his wife Maria in Calgary, as well as give service in many areas of their church, where he was dearly loved and will be missed by many. A Funeral Service will be held for Danilo at The Church of Jesus Christ of Latter-day Saints – Reunion Chapel (900 Reunion Gateway, Airdrie) on Saturday, September 10, 2016 at 1:00 pm. Messages of condolence may be forwarded to the family at www.piersons.ca.