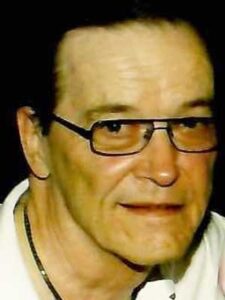 Dale was born in Creston, BC to Alex and Jean Primrose. His Dad worked in the lumber industry and for several years the family would spend half the year in Creston and half the year in Northern BC. Dale has many fond memories of time spent with his grandparents on their ranch in the Creston Valley. They were true pioneers, coming from the USA on horseback, his Grandfather was a NW Mounted Policeman in the Peace River region in the early 1900’s. Once Dale was in school it became more difficult to travel from Creston north and the family moved to a company owned logging town of Willow River. Dale had many adventures during his years of growing up in small logging towns. Dale had a great love for cars, trucks, and engines. At a very young age he became a truck driver starting first by hauling anything from Washington state to the Yukon on the Alaska highway. In 1962 he became a transport driver for Canadian Propane hauling propane into logging camps and highway construction camps around the Prince George area of BC. His favorite truck was a 1958 Hayes with a pup that hauled 5000 gallons of propane. During the slow months of propane deliveries, Dale and his partner Ian hauled beer for Ben Ginter’s Brewery in Prince George, making five trips per week between Prince George and Vancouver. Dale had many truck driving stories and adventures. Dale was proud of a ring he wore for driving a million miles accident free.

During his time driving for Canadian Propane Dale married and had three children, the family moved to the Shuswap area in 1974. It was here that Dale met Joan and in 1976 they were married. In 1981 Dale and Joan moved from BC to Calgary. Upon moving to Calgary, Dale and Joan were able to travel several times to the Caribbean with Barbados becoming a favorite destination.  Dale continued working in the propane industry and in 1984 decided it was time for a career change and went to U of C to take courses about programming and computers. In 1987 they started PJ Business Services and began supporting BusinessVision, an accounting software. Dale did the IT work and Joan did the accounting setup and training. In 1993 the Company kicked into higher gear when Joan joined it full time. Together they won many awards for the support of BusinessVision and created many lasting friendships with their clients. In 2005 Dale was able to finally realize a dream of owning a Jaguar car, it was his baby. In 2009, Dale retired from PJ Business Services due to health reasons. His health continued to decline over the years until his passing.

Dale is survived by his wife, Joan; brother, Glen (Marlaine); sister, Pearl; children, Debbie, Denise (Duane), Brian; sisters-in-law, Pat May and Irene Rogers; 6 grandchildren; 6 great-grandchildren; and nephews, nieces, and cousins. Dale was predeceased by his parents; and his sister, June.

No funeral service will be held. Donations in Dale’s memory can be made to Calgary Health Trust, Tom Baker Cancer Centre, or the Calgary Zoo. Dale will be laid to rest near his parents in Creston, BC.

There are no goodbyes for us, you will always be in my heart.