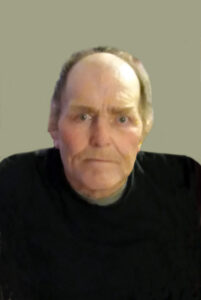 It is with great sadness that the family of Craig Zado announce his passing in Calgary, AB on January 11, 2016 at the age of 69 years. Craig will be lovingly remembered by his daughters Karin (Dwayne) Zado and Stef (Mark) Voss; his grandchildren Adrian, Kaytlyn, DJ, and Heather; his mother Edith Zado; his sister Valerie Watkins; and brother Darrel Zado. Craig was predeceased by his father Ernest Zado. His family will continue to remember him as being very hard working and always doing his best at what he attempted. Craig loved to hunt, bowl, play baseball and watch sports especially the BC Lions and Toronto Blue Jays. He was known for carrying on a conversation with whatever sports team was playing or the commentator providing the highlights of a game. He would let them know his opinion the call they were making. For this reason the family struggled to take him into an electronics store as he would engage in conversation with each television in the store. Craig was a strong family man and was a great Poppa to each of his grandchildren. A Celebration of Life will be held at Living Springs Christian Fellowship (2304 Yankee Valley Blvd, Airdrie, AB) on January 29, 2016 at 10:30 am.