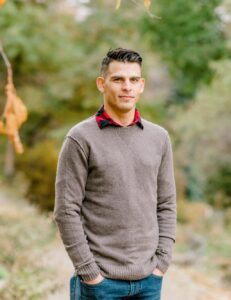 It is with great sadness that we announce the unexpected passing of Cory Michael Meza on June 1st, 2020 from injuries sustained in a bike incident.

Cory was born on January 4th, 1990 to Milissa and Richard Meza. He spent his childhood in California with his two younger sisters, Alexis and Adriana, whom he loved dearly.

Cory moved to North Dakota in 2009 to chase a track and cross country dream at Minot State University. While in Minot, Cory met and married Chelsea Meza in 2016. Together they raised three cats, Snowball, Delilah and Minnie. Cory and Chelsea moved to Calgary in late 2018 and settled down here.

Cory was a passionate road cyclist and an elite level athlete in many sports throughout his life. He found two wheels under him in 2015 and never stopped. His drive and love for the sport of cycling were evident to all who knew him. He rode many major roads in Calgary, including Stoney, Macleod, Glenmore, and all around the city, even once riding from Pine Lake to Calgary. Cory was always on the roads and he knew them well. He commuted via bike every day to his job at The Bike Shop South.

Cory won and podiumed in events in North Dakota, Minnesota, South Dakota, Wisconsin, Georgia, Florida, Alberta and Saskatchewan. He had big dreams this year and next and was just getting started, with helping to create a new cycling team in Calgary called Manteo Cycling. He was undeniably in love with cycling. We have some solace in that he left this world how he would have wanted to: on his bike. The last post he made on social media was him in Bragg Creek, wide open road, under blue skies and he captioned it simply with â€˜blissâ€™.

Cory was a loyal friend and hard worker. If he decided you were important, then he would bend over backwards for you. He had many long time, long distance friends who he loved and dropped everything for many times. He was quiet and thoughtful with his words but also hilarious. He loved a joke and a laugh with anyone. He was just as driven in other aspects of his life too. If you asked him to do something, he’d do it fully. He was reliable in every way.

Coryâ€™s true love in life was his wife Chelsea. They had a love story for the ages. Ten years of partnership at such a young age is unusual, and their bond was strong and unbendable. They were silly together (having a made up language that most people didnâ€™t understand), competitive about everything and so loving. Cory pushed everyone around him to be better, but especially his wife. They argued daily who loved each other more and showed it in all of their actions together.

Cory will be deeply missed by many people from all times of his life, including Teresa, Rob, Wayne, Arlene, Quinn, Brett, Caleb, Nicole, Ernie, Pauline, Jeremy and Michelle, Megan and Perry, Brandon, Doan and The Bike Shop team, Rob Evans, the Manteo Cycling team and many, many others.

Due to current travel restrictions, a celebration of life will happen at a future time. In lieu of flowers, please go for a bike ride.