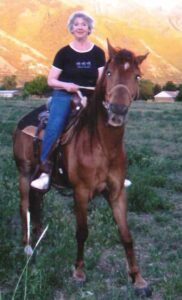 Bev was born and raised in Indian Head, Saskatchewan. After high school graduation, she attended Business College in Regina and became a stenographer. She worked for a short time as a secretary in Banff before moving to Vancouver in 1960, where she soon met Lou at a YWCA dance. They later married on September 1, 1962 in Calgary where they continued to live and raise three children. Bev cherished her role as a wife, mother, grandmother, and great-grandmother. She had a strong faith in God that sweetened her joys and carried her through her challenges. She lived by the mantra, “Leave things better than you found them.” She exemplified this by continually beautifying her surroundings as well as lifting the souls of all whom she came into contact with. She has left a legacy of love, faith, and graciously enduring to the end. A graveside service will be held in her honor on Monday, August 13, 2018 at 11:00 AM at Okotoks Cemetery.