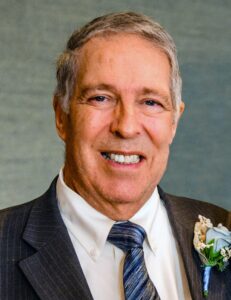 Charles was born in Prince Rupert, British Columbia on September 3, 1946. He lived in Masset on the Queen Charlotte Islands (now Haida Gwaii) until age 8 when the family relocated to Bella Coola. At the age of 19 he served a two year mission in the Western United States for The Church of Jesus Christ of Latter-Day Saints. Upon his return he attended British Columbia Institute of Technology and received his Journeyman Certificate in Instrumentation. In 1969 he married Dixie and moved to Pincher Creek, Alberta beginning a 28 year career at the Shell Waterton Gas Plant and raising his family.

Charles spent his life dedicated to his family and church service. He received a 25 year service award from Scouts Canada. He loved hiking, woodworking, gardening, and working on computers both at home and at work. The highlight of his career was working on the new control room at the plant shortly before his retirement in 1996. In 1997 he and Dixie moved to St. Albert, Alberta where they lived for 20 years. Following a successful kidney transplant in 1999 he kept busy serving missions, working in the temple, teaching woodworking to his grandchildren and making them neat toys, and having many happy family reunions and camping trips. In 2017 he and Dixie moved to Black Diamond, Alberta and celebrated a wonderful 50th wedding anniversary last summer. Charles is best remembered for a lifetime of kindness and service to all around him. Always willing to lend a helping hand, he was a faithful, peaceful, patient and compassionate man.

Graveside services will be held at 2:00 PM on March 18, 2020 at Fairview Cemetery in Pincher Creek.