You are here: Obituaries / Cathrine Ross 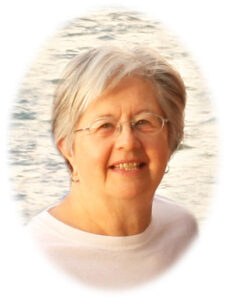 Cathy passed away peacefully at home surrounded by her loved ones. She will be lovingly remembered by her husband of 47 years Bill Ross; daughters Jennifer Ross (Pepsi) and Stephanie (Joe) Dobson; granddaughters Abbey, Nicole, and Kate; and many more family and friends. Cathy was born and raised in Vancouver, BC. At a very young age she met the love of her life and best friend, Bill. After she graduated from the University of British Columbia with a Bachelor of Nursing, she and Bill were married and moved to Calgary which has been their home ever since. Cathy lived a life of service. She worked with vulnerable people, both children and adults, and took them under her wing. She also loved working with numerous committees both in the community and in her church, Knox Presbyterian, where she served as an elder and sang in the choir. Cathy was a devoted wife, mother and grandmother, and was never happier than when surrounded by her family. A Memorial Service will be held at Knox Presbyterian Church (3704 – 37 Street SW, Calgary) on Tuesday, April 16, 2013 at 1:30 in the afternoon. In lieu of flowers, donations may be made to Knox Presbyterian Church Memorial Fund.