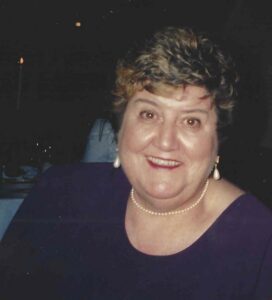 “Its so much darker when a light goes out than it would have been if it had never shone.” -John Steinbeck

It is with a sad heart that I announce the passing of Catharine (Cathy) Edith Hooper, my mother. Catharine was born in Liverpool, England on August 17, 1946, the same day as her identical twin. In total, Catharine had 6 sisters and 1 brother. In August of 1966, Catharine married Stuart Hooper (pre-deceased) of Merseyside. They moved to Canada 6 months later with only a steamer trunk. They first settled in Saskatchewan but later moved to Calgary where Stuart worked as an electrician and Cathy as a real estate paralegal. In April of 1972, Cathy gave birth to Graham Stuart Hooper and in February of 1974, she gave birth to her daughter, Janet Louise Hooper. Cathy was a devoted mom and grandmother who sacrificed constantly and did everything she could for her children and grandchildren. She separated from Stuart Hooper but still remained his friend and ensured he was always well. When he struggled financially after being laid off as a session teacher at the University of Calgary, Cathy remortgaged her home to support him through his difficult times. In later years, she brought Stuart into her home allowing him to live in the basement. She did so because as she told me, he was always her friend, and it was because of him that she had her children and grandchildren. This type of generosity was how Cathy lived her life and will always be how she is remembered. She was always willing to sacrifice anything for her family or those close to her who were in need. She was a strong independent woman and she worked as a real estate paralegal up until her retirement at 65 years of age. She worked at many law offices over the years including Mackimmie Matthews, Low Glenn and Card, Leclair Thibeault and Fric Lowenstein. Cathys son was the father of 2 children but Cathy had to lay him to rest in October of 1996. She stayed forever present in their lives constantly supporting them and their sister Alba. Cathys daughter had one child who was the apple of Cathys eye. I am truly proud to say that my mother set a strong example for myself and my daughter about the power of women and our ability to overcome many obstacles and hardships. Although Cathys health had declined significantly in the last 2 years of her life, she constantly fought through that to spend time with her daughter and granddaughter. Flowers and donations are gratefully declined but I am sure my mom would love if you raised a glass of “rum and coke” in memory of her. A visitation will be held for Catherine at Pierson’s Forest Lawn Chapel (4121 – 17 Avenue SE, Calgary) on Sunday, March 18 from 11:00 am to 3:00 pm.