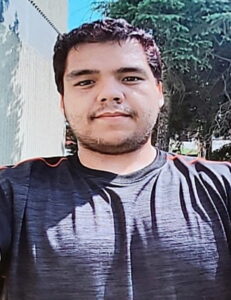 On Saturday, January 30, 2021 Calvin Donald of Calgary, Alberta passed away at the age of 26 years.

Calvin was born in Saskatoon, Saskatchewan on May 8, 1994. He loved playing his guitar which Calvin was self taught. As well he had a love for gaming. His many interests included art, nature, and music. He was also known to be a history buff. Calvin was always very caring. He was known to be available to help those in need, even to the furry friends.

Calvin is lovingly remembered by his parents Donna and Larry Donald and his sister Shawnee Donald. He also leaves to mourn his loss too many relatives and friends to mention. He is predeceased by his sister, Kellie Donald; grandparents, Cynthia and Lawrence Mutlow, Mildred and Dirl Donald; uncle, “Big” Larry Donald; and cousins, Dawn, Melanie, Nicole, and Mathew.

A Memorial Service will be held at a later date. If relatives and friends so desire, memorials in Calvin’s name may be made to the charity of oneâ€™s choice.