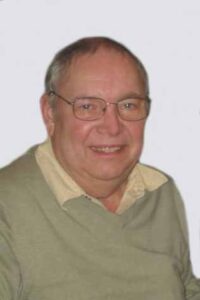 It is with great sadness that the family of Bruce Leslie Pultz announce his passing on December 20, 2015 at the age of 80 years old. Bruce is survived by his wife of 59 years, Sylvia; his daughters Karen and Cheryl; and his son Greg, daughter-in-law Debbie, and grandchildren Matt, Megan and Austin. Bruce was born in Saskatoon in 1935, the only child of Wilfred and Maxine (Wyman) Pultz. He joined the Airforce in 1953 and trained as an all-weather fighter pilot. He married Sylvia in 1956 in Brandon, Manitoba. When a back injury forced his retirement from the RCAF in 1959, Bruce refused to give up flying. As a civilian, he did flight instruction, charter and executive flying out of Saskatoon. He and Sylvia founded Aviation Training Systems in 1967 and over the next 20 years, the company produced thousands of pilot training manuals. Bruce was extremely proud that he had the opportunity to help mentor and inspire a generation of Canadian pilots and was always happy to volunteer his time, sharing his life experiences and serving on a number of boards. Bruce also owned and operated his own flight school – Pultz Aviation Training, and aircraft sales company in Saskatoon. In 1986 he became a full time member of the Canadian Aviation Safety Board in Ottawa, and was then appointed to a 5-year term on the Civil Aviation Tribunal. He retired in 1996 and was inducted into the Saskatchewan Aviation Hall of Fame in 1997. Over the next eight years Bruce and Sylvia traveled around North America in a diesel pusher bus they called home. In 2004 they settled permanently in Calgary where he resided until his death. He was awarded the Queen Elizabeth II Diamond Jubilee Medal in 2012 in honour of his lifelong service to aviation. Bruce led a rewarding and very full life. He had many friends and was always happy to talk flying, politics or pretty much anything else. He was known for his kindness, generosity, and wonderful sense of humour. Bruce loved flying more than anything else in the world except his family. He was always grateful that he could devote his life to aviation – be it teaching, writing, or working to ensure safety was always paramount. We all feel blessed that he lived such a fulfilling lifeand then in the end, surrounded by his family, left us so peacefully – knowing that he was truly loved. Dad asked to be cremated and we plan to celebrate his life with family and friends sometime later in 2016. In lieu of flowers please consider giving a donation to: COPA – Canadian Owners and Pilots Association “The Neil Armstrong Scholarship Fund” www.copafoundations.org.