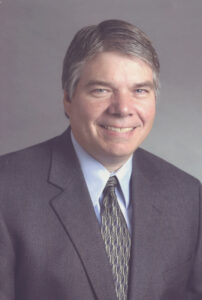 Bruce Gordon Hudson passed away in his home on Thursday October 6, 2022 surrounded by his loving family. He was born October 2, 1954 to Gordon Bennett and Catherine Oviatt Hudson, and had just celebrated his 68th birthday.

He will be dearly missed by all who knew him, particularly his family and his dear wife Louise (Bridge) of 46 years. Many times he was known to say “marrying her was the best decision I ever made.” Together they welcomed nine wonderful children, Rachelle (Ryan) Roberts, Jeff (Allaina), Ben (Allison), Jonny (Lusheen), Julie (Spence) Dorward, Steven (Jenn), Angela ( Kyle) Romeril, David (Stacie), James (Hallie), and have been blessed with 24 amazing grandchildren whom he adored.
He is also survived by his 7 siblings MaryRose (Ron) McMullin, Jacalyn (Gord) Miller-Williams, Keith (Sandi), Glen (Carole), Cathie (Ken) Harris, Pamella (Ron)Thompson, and Emily (Darren) Berg.

He spent his childhood in Edmonton and was known as a very bright and exuberant child. His cheerful, buoyant personality served him well throughout his entire life as nothing was too big of a challenge for Bruce. His inquisitive mind, ever hungry for knowledge, contributed to his acceleration in elementary school and his ability to begin university at age 16.

He graduated with a degree in Commerce from the University of Alberta and followed in his father and uncle’s footsteps by acquiring his CA in 1980, going on to become a Trustee in Bankruptcy after moving to Calgary. As a partner in Hudson & Company he worked many years with his mentor, Blaine Hudson, and in the recent years with his partner and friend Robert Price. There was never a problem he couldn’t solve. He was known for his hard work, honesty and integrity, never compromising his high standards for any reason. Due to these traits, Bruce was well respected in the business world by both his work associates and clients.

At 19 years old he served a mission for the Church of Jesus Christ of Latter-day Saints in Italy. He loved his service there and the Italian people. Over the years he has served in many capacities including Scoutmaster, primary chorister, Bishop, and home teacher, a calling he particularly loved. He was also an excellent teacher and, true to form, demonstrated his perseverance and hard work ethic right to the end by teaching his last class only a few weeks before he died.

Bruce had a great love of music. As a child learning to play the piano, his mom became frustrated and finally sent him to a teacher to help him develop his natural ability to play by ear. He learned the clarinet and also the guitar, playing in a band during university. Many campfires came alive as everyone sang along with Bruce on the guitar. His keen memory and his love to sing helped him reach his goal of singing almost all of the hymns at church without the book. As his health declined he spent many evenings on YouTube listening to beautiful uplifting music about the Saviour. Bruce loved the Saviour and tried to follow the example set by Him, developing many Christlike qualities over the years.

His quick wit and keen sense of humour brought many smiles to everyone who knew him. An often unexpected comment would end in an eruption of laughter from all who were present. You could count on Bruce to lighten the mood and cheer everyone up, something we will dearly miss.

Bruce saw life as a great adventure. A short drive home often led through back roads with stunning scenery, or an exciting few hours on a logging road at the Shuswap. In his creative mind if you wanted to accomplish something, there was no reason it couldn’t be done. He dreamed, researched (endlessly), planned and worked hard on many projects including cars, contracting the building of two homes and countless projects at the cabin. Some of his last instructions were advice about projects at home and the cabin.

Life was not without it’s challenges for Bruce, as he developed arthritis at a young age. As his physical abilities declined, he never complained and always remained the optimist. His health did not deter him from coaching his children in sports or from tackling difficult projects. As long as he had his helpers (particularly Louise) by his side he felt we could do anything. He never tired of working, particularly at the cabin. He also never tired of enjoying the beauties of the Shuswap or the many happy and priceless families memories created there. He often called it his happy place, particularly this last summer.

Bruce loved the Gospel, the Saviour and his family and friends. His example of how to live life created a beautiful legacy.

Hugs from home can be submitted under the resources tab.

Livestream information in the obituary.