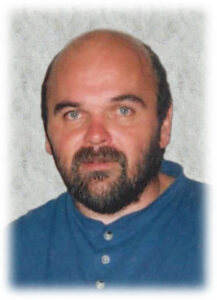 Brent Hawkins was born in Woodstock, NB on Feb. 15, 1966 and passed away in Calgary, AB on February 26, 2012. He will be dearly missed by his wife Janet; their five children Austin, Morgan, Colby, Shaelynn and Vanessa; his mother Joan Hawkins, all of Calgary; and seven brothers and sisters Ken Hawkins (Edie), Kim Hawkins (Gail), Connie Long (Walter), Larry Fowler (Kim), Carl Fowler (Cavell), Valerie Manongdo (Josh) and Rick Fowler (Brenda); a large extended family and many friends. Brent was predeceased by his father Burton Hawkins in 1992 and brother Kevin Fowler in 2010. A memorial service will be held on Saturday, March 3, 2012 at Pierson’s Garden of Peace Chapel, 16 Avenue & Garden Road NE at 3:00 pm. Messages of condolence may be forwarded to the family at www.piersons.ca.