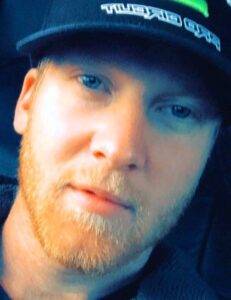 Bradley Kilb Jr. passed away peacefully at home on Wednesday, November 20, 2019 at the age of 46 years. He will be dearly missed by his wife Katie; their children Tayah, Bradyn, Chase and Cela, all of Calgary; his mother Margie Brooksbank (Simon) of Oliver, BC; his father Brad Kilb (Bonnie) of Calgary and a large and loving group of siblings Jamie Kilb, Bryn Kilb (Christine) and their children Marcus & India, Jodi Jonke (Paul), Justin Kilb (Caroline), Jessica Kilb, Izzy McCusker (Steve) and their children Brooke, Lizzie & Julia, Rachel MacDonald (Grant) and their children Gavin, William & James; Grandparents Simone and Ken MacRae; and a large extended family. Brad was predeceased by a brother Brett Kilb; his grandparents George and Tayah Wallace; Albert and Lorna Kilb; and his mother-in-law Lynn Baechler.

Brad was the fourth and youngest son. This position in the family hierarchy set the stage for a charismatic, adventure seeking and, at times, mischievous, personality. Brad looked up to his older siblings and was so trusting in their affection that he could occasionally be led into all sorts of trouble, until he was old enough to return the favour! Even as a child he wore his heart on his sleeve and loved people unconditionally. He had an uncanny ability to bring laughter wherever he went. He was fiercely proud to be his parents’ son. As the family dynamics evolved, Brad became the middle child of eight, during which time he gained a new appreciation for the meaning of ‘family’.

From his youth emerged a love for sports and the out-of-doors. Of special note were endless days spent at the Calgary Canoe club where he developed long lasting relationships. This core group of friends remained with Brad throughout his life – years of laughter, loyalty and love.

His professional life was varied – the embodiment of someone who loved trying out new things, who took on challenges with fierce energy and commitment, who saw opportunities that others might miss and pursued them with gusto. From an exciting career in the restaurant industry, to managing a movie theatre, to long days working for an airline, to years of leading hard-working crews of tree planters in remote locations of BC and Alberta, Brad was known for his hard-work, his strong ability to build relationships with colleagues and clients and a generosity of spirit that was obvious to all who spent time with him.

It was the choice to follow his older brother into tree-planting that altered the direction of Brad’s life. It was in the wilderness that he met the woman who would become his wife. Their connection was instant, forged by what they had in common and all of the ways in which they were different. An innate curiosity in the world and all it has to offer, took them from the bush to the far reaches of the globe. What started off as a vacation to Thailand, evolved into multiple businesses that imported unique pieces into Canadian homes. These ventures continued until the birth of their first child, Tayah, when they decided to put down roots in Calgary, close to Brad’s family. They put their combined skills and entrepreneurial energy together one more time to start a concrete curbing company (Kilbco). They grew their company as they grew their family – Bradyn, Chase and Cela were welcomed into the fold in the years that followed. Seeing Brad as a father to four small children was to see him in the role he cherished most. He was their silly, goofy dad, the person who got them excited just before bedtime and, alongside, Katie, he ensured they knew they were always safe, protected and unconditionally loved. He will live on in them forever. Anyone who sees their smiling faces or hears their joyful laughs will know Brad remains nearby.

While health challenges made life more difficult in recent years, his passing was sudden. We ask that family and friends hold his memory close to their hearts so that his children will continue to be reminded of him and know his story as they grow.

A Celebration of Life will be held for Bradley at Bethany Chapel, 3333 Richardson Way SW, on Thursday Nov. 28 at 3:00pm.

In lieu of flowers the family asks that donations be made to the Go Fund Me Campaign “In Support of the Kilb Family” https://www.gofundme.com/f/in-support-for-the-kilb-family. (Please scroll below to Memorial Contributions for a direct link)