You are here: Obituaries / Benjamin Resch 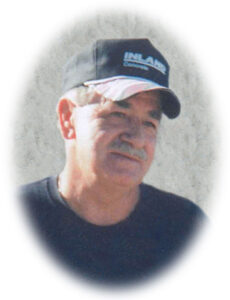 RESCH, Benjamin February 24, 1941 – May 1, 2013 Benjamin Resch passed away on Wednesday, May 1, 2013 at the age of 72 years. He will be lovingly remembered by his children, Terry Resch, Kelly Lyric, Tracey (Gary) Brown, Cameron Resch and Corey Resch; nine grandchildren; four great grandchildren; the mother of his children Georgina; long time friend Terry Castle; and many more family and friends. Ben was born and raised in Lancer, SK and then moved to Calgary where he has lived the majority of his life. His greatest love was to spend time with his grandchildren. His family would like to thank all of the staff of Santuari Hospice for their care and concern of their father and grandfather. At Ben’s request, there will be no formal funeral services held. If friends so desire, donations may be made to the Canadian Diabetes Association, #204, 2323 32 Avenue NE, Calgary, Alberta T2E 6Z3. Messages of condolence may be forwarded to the family at www.piersons.ca.