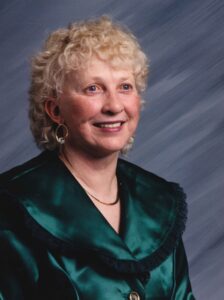 Age 76. Born June 29 1940 in Ecum Secum Nova Scotia. With heavy hearts we the family of Barbara Margurite Watson announce her passing on May 5 2017 in Calgary Alberta. Prior to her long battle with Alzheimer’s she worked as a secretary for the City of Calgary. Barbara loved to travel and spent many summers back home in Nova Scotia visiting family. She will be remembered for her love of fashion, home made crafts, lighthouses and maritime music. Barbara is preceded by her late husband Douglas Martin Watson, her only son Ronald Douglas Watson and parents, Walter Publicover, Lena Hawes and step father William Hawes, brother Seldon Publicover and sister Donna Publicover. She is survived by her husband John Duczek. Her brothers and sisters June Broyden, Ingles Publicover, Terrance (Fern) Publicover, Ethel Brine, Bonnie (Buff) Cluney, Billy (Beth) Hawes and Darlene Hawes. Many nieces and nephews. Granddaughters Sherry (Russell) Richardson, Melissa (Glen Stedel) (Austin Bennett) Watson, Angela (Antonio) Oliverio. She leaves behind her great grandchildren Rena, Nathan, Antonio Jr, Alexander, Vincent, Chloe, Victoria, Barrick, Jaycob and Severyn. As well as a large extended family in Nova Scotia. She will forever be missed by her family and friends. A celebration of her life will be held on Thursday May 11th 2017 under the direction of Piersons Funeral services ltd. Forest Lawn Chapel (4121 – 17 Avenue SE, Calgary Alberta) at 2 o’clock in the afternoon. In lieu of flowers family requests donations to be made to the Alzheimer Society of Calgary.