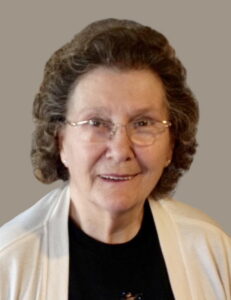 It is with great sadness that we announce the sudden passing of Barbara Ann Badder of Strathmore, AB. on Wednesday, June 24, 2020. At the age of 80 yrs, Barb was still a very active and vibrant woman. Although she faced many adversities throughout her life, no matter what she would figure out a way to move forward. Always doing what was best for her children, even when it was difficult for herself.
Barb was born and raised in southern, Ontario. After the passing of her father (Fredrick Arthur Bowerbank) and illness of her mother (Leona Lorena Brooks), she became part of a blended family and caregiver to many of her younger siblings. Soon after, Barb married to start a family of her own. Although she truly loved all of her children, still very young, Barb remarried and had another child and left Ontario. She eventually settled out west in 1979.
Anyone to have ever known Barb also knew how much she loved all of her grandkids and great-grandkids (being born over three generations). She was a nurturer through and through and loved them all unconditionally. For them, she was always willing to sacrifice anything to put a smile on their face. Barb made many friends wherever she went and would help them out any way she could. Beloved mother, grandmother, great grandmother, and friend; She will be dearly missed by many and in our hearts and memories forever.
Barb is survived by her son Leslie Badder (Penny), granddaughters Caila and Breanne, of Strathmore, AB. Her daughters Barb Rakowski, and Penny Miller, granddaughters Beverly, Chelsie, Shanice, and Shandy. Her great-grandchildren Austin, Cameron, Francis, and Olivia. Her son Ed Rakowski (Donna), all of Ontario. Her sister Connie, and brother Reg. Sister Marianne, and brothers David, Billy, and Charlie (Becky). She was predeceased by her son Larry Rakowski, infant son Charley, infant daughter Judy, grandson Geoff, and Brother Ron.
At Barbaraâ€™s request, no formal service will be held. Flowers are gratefully declined.