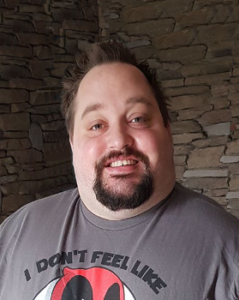 Ron Soulard passed away on Friday, December 22, 2017 at the age of 29 years. He will be lovingly remembered by his father Paul Soulard (Margie); aunt Paulette (Randy) Robar; and numerous friends and coworkers. He was predeceased by his mother Roxanne Soulard. Ron was born and raised in Calgary, AB. After graduating from High School he attended College and then began working in security. Ron discovered that working security shifts worked well for him because it gave him lots of time to enjoy his greatest passions which were video games and movies. He had an extensive network of friends that he made through work and while gaming. He will be missed greatly by all who knew him for his great sense of humour. A Memorial Service will be held for Ron at Pierson’s Forest Lawn Chapel (4121 – 17 Avenue SE, Calgary) on Saturday, January 27, 2018 at 1:00 pm. In lieu of flowers, donations may be made in memory of Ron to Diabetes Canada (www.diabetes.ca).