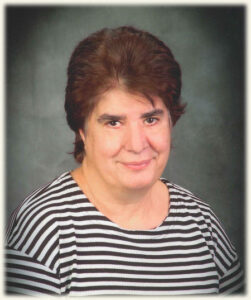 Antonia Cimino passed away on Monday, January 20, 2014 at the age of 67 years. She will be lovingly remembered by her husband of 45 years Louis Cimino; daughters Rose (Ron) Motteram and Flavia (Michael) Vanderberg; grandchildren, Jena (Teo), Mariah, McKenzie, Quinn, Marissa and Alexis; sisters Clara (Maurice) Artoun and Joanne (Thomas) Canonico; and many more family and friends. Antonia was born and raised in Italy and moved to Canada in her early twenties. She married her beloved husband Louis and they were blessed with two daughters. Her greatest passion was her family with which she spent most of her time. She will be greatly missed by her husband, children and grandchildren. A Private Family Service will be held for Antonia. Messages of condolence may be forwarded to the family at www.piersons.ca. Arrangements are in care of PIERSON’S FUNERAL SERVICE. Telephone 403 235-3602.