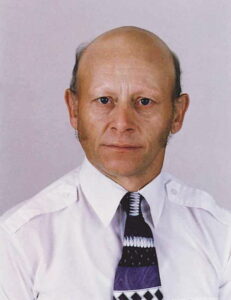 AntÃ³nio was born on November 19th, 1946 in Bouceiros, Porto de MÃ³s, Portugal and was the youngest of four siblings. In common practice of the times, after a few years of school, assisted the family with the farming and tending to the livestock. At the age of 19 he was drafted into the army and subsequently fought in the war in Angola. In the early 70â€™s, upon return from Africa, moved to France to join his brother Artur in the construction trade. A few years later moved to Canada to join his sister Maria, firstly to Montreal then later to Calgary for the construction boom.

He possessed a great passion for history, with a particular interest in the history and culture of Portugal. This passion would feed his creativity as he sought to preserve the cultural heritage of his hometown through photography, videography, sculptures and writing.

With a deep respect for nature, he enjoyed observing the local wildlife that made his front yard their home. He would ensure his birdfeeders were filled and that he always had a bag of peanuts to share with the squirrels. This even allowed him to establish trust with a particular squirrel that, for many years, would even come pick the peanuts straight from his hand.

He greatly enjoyed soccer, watching, listening and discussing the games of the Portuguese league whenever he could. But more than a fan of soccer he was a fan of the team SL Benfica. To say that he lived and breathed â€œO Gloriosoâ€ would be an understatement.

However, above all else, he valued family and loyalty. He had great love for his son Marco, currently residing in Portugal, and for his parents, siblings, nephews and nieces. Aside from all the traits that endeared him to those who knew him well, it is for the love he had for his family, that we will miss the most. The world will be a bit emptier and a bit less interesting, without him.