You are here: Obituaries / Alexander Soreghy 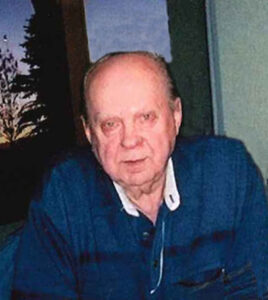 Alex passed away peacefully at home on Friday, October 31, 2014 at the age of 85 years. He was born on March 13, 1929 in Szoreg, Hungary. Alex immigrated to Canada in the 1950’s where he became a successful businessman running his own contracting company, ‘Quality Painters’ until his retirement in the late 1990’s. Alex is survived by his son Alex (Leslie); his beloved granddaughter Sarah; step son Steve (Donna), as well as his niece Elizabeth of Hungary. He was predeceased by his wife Agnes and his brother Laszlo. Alex loved the simple things in life. Sitting on the deck at the cottage on Sylvan Lake; looking out over the lake or paddling his kayak on the lake in the early morning hours. He loved nature in all its forms. His gardens were his pride and joy. Alex tried his hand at painting birds on driftwood and was quite good. Art was another passion of his, He turned his condo walls into a gallery of his favorite pieces. Funeral Services will be held at Pierson’s Garden of Peace Chapel, (16 Avenue & Garden Road/100 Street NE) Calgary, Alberta on Thursday, November 6, 2014 at 1:30 p.m.