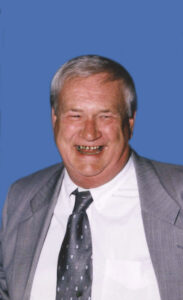 It is with heavy hearts that the family of Alexander James Fraser announces his passing on Sunday, June 28, 2015 at the age of 67 years. He leaves behind to cherish his memory, his wife, Connie Fraser and her boys, Dion, Jerry, and John; his sister, Marge (George) Steckler; his brother, Gordon (Edra) Fraser; and many family and friends.

Alex was born and raised in High River, Alberta. At an early age, he entered the trucking industry where he enjoyed a long career covering the majority of North America, eventually retiring in 2008.

Alex loved a good joke, and always enjoyed a game of cards or bingo. He truly cared for all animals; some of his companions included Mabel the cat and Foxy the dog. Alex will be missed but never forgotten.

Family and friends are invited to a memorial service in honor of Alex’s life which will be held at Pierson’s Forest Lawn Chapel, 4121 17 Avenue SE, Calgary, on Thursday, July 2, 2015 at 2:00 pm.