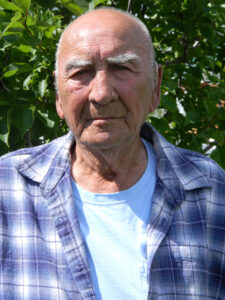 Albert Sheriff passed away on Wednesday, December 24, 2014 at the age of 85 years. He will be dearly missed by his four sons, Darrell, Darren (Toni), Dave (Bonnie), and Don (Jennifer); and his seven grandchildren. Albert was predeceased by his loving wife of 57 years, Eva Sheriff (nee Resch), in 2002; his son, Darcy, in 2008; and his parents, Mary Gizella Hite and Thomas Albert Sheriff. Albert was born in Estevan, SK and moved to Calgary to raise his family. He was a hard-working and honest man who was an avid sports fan, especially of baseball and hockey. Albert was an amazing father and grandfather. He will be dearly missed by his family and friends. A Funeral Service will be held at Pierson’s Forest Lawn Chapel (4121 – 17 Avenue SE, Calgary) on Wednesday, December 31, 2014 at10:00 am. Messages of condolence may be forwarded to the family at www.piersons.ca. Arrangements are in care of PIERSON’S FUNERAL SERVICE. Telephone 403 235-3602.