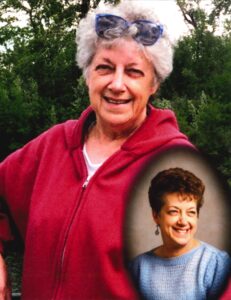 It is with great sadness that we announce the passing of Agnes Rita Koob on February 2, 2021 at the age of 84. Born in Humboldt, Saskatchewan. Agnes was predeceased by her parents, Mary & Rudolf Koob; brother, Harold and also her husband, Wendell Timmons. She is survived by their three children, Wendy (Les), Kathy, & Calvin (Denise); eight grandchildren; twelve great grandchildren; and two brothers, Ray & Jim (Doreen).

The most important thing in Agnes’s life was to be with family & friends. She loved children, animals, cooking, camping, movies but most of all was family gatherings.

In lieu of flowers, Agnes would prefer that people make a charitable donation to a worthy cause.

A Memorial Service for Agnes is being planned for a later date in the near future. Her final resting place will be decided according to her wishes.