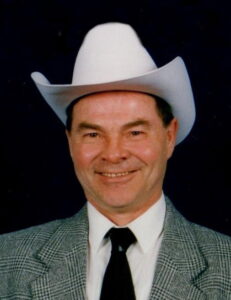 Abram Wiebe of Calgary, Alberta, passed away peacefully in his sleep on January 3, 2020, at the Peter Lougheed Centre
Abe was born on February 10, 1923 to Heinrich Z. and Helena (Wiens) Wiebe in the Lake Pelletier area of Saskatchewan. He was raised with the responsibility of doing chores to help his family and was 10 years old when the one room schoolhouse known as Blue Jay School Dist. No. 4901 was built. He loved school and learning and was able to attend for four years, where he learned to speak English but also completed grade 6 with honours. When he turned 15, Abe had to quit school to work on the family farm and for neighbours to help support his family and didn’t return to school until 50 years later when he studied English and wrote many stories about his life.
Abe had a lifelong passion for steam locomotives from early childhood and often shared stories about racing up the hill to watch them go by and to wave to the engineers.
In 1940, at the age of 17, Abe was able to purchase his first guitar, a Lone Ranger model, for $7.95. He grew up with a love of music, writing dozens of songs and performing in army training camp when he enlisted in 1943, in Calgary during the Calgary Stampede, on stage and at family functions as often as he could.
After working several hauling jobs, Abe joined Calgary Transit in 1953, driving trollies for 5 years, and although he quit because driving buses didn’t suit him, he rejoined Calgary Transit in 1959 and worked there until 1987 when he retired.
Abe joined the Church of Jesus Christ of Latter-Day Saints and was baptized on January 6, 1960. Through the remainder of his life, he was a devout member, living the values and setting a wonderful example for everyone in his life from that point onward.
Abe married Muriel Harmel in 1950 and had four children, Sheldon, Bonnie Lynn, Lori and Michael. Although his marriage ended in 1961, he kept his family close.
He married Berenice (Bunny) Bell on June 13, 1968 and was honoured to adopt Bunny’s son Douglas; and they were blessed with two daughters, Mary and Patricia.
Church and family were his greatest joys and highest priorities and he leaves a wonderful legacy through them both.
He will be missed by his faithful companion of more than 51 years, Berenice (Bunny), his 6 children, Sheldon, Bonnie Lynn (Jack), Douglas (Sherry), Lori, Mary and Patricia and daughter-in-law Carolyn, all of Calgary; 9 grandchildren, Jennifer Lang (Marc Richard) of Airdrie, Michael Martin of Edmonton, Robert Oberhofer (Shara) of Houston, Texas, and Lindsay Wescott (Blake), Nicole, Nicholas (Kelly), Richard (Cheryl), and Jordon Fallon all of Calgary; and 4 great grandchildren: Sadie M., Rowen W., Karina O. and Evangeline R.; his two sisters Kathy Leavitt and Nettie of Vernon, BC and many nieces, nephews and cousins.
He was predeceased by both of his parents, 3 brothers, 5 sisters, his son Michael and his granddaughter Alexandra Fallon.
In lieu of flowers, please consider donating to World Vision Canada or Alberta Cancer Foundation.